What Bach Means to Me

Johann Sebastian Bach wrote 48 preludes for piano as part of his “Well-Tempered Clavier.”  When I was a kid, I used to sit and practice them on piano but they made me itchy. They were dynamically flat pieces, yet I could hear all sorts of hidden patterns and worlds within them; tempting me to explore.  At the time I wasn’t sure if Bach did this intentionally or whether I just imagined it, but I did know that if I began exploring some of these ideas, I had to do it secretly. It’s always been considered sacrilegious to tamper with the master and I would often get scolded during my attempts. In the end, I just let it be.

As I grew older, I realized that Bach was entrenched in my soul and I was naturally abiding by the lessons he taught me.  I gained confidence as a composer, and realized my fantasies were actually a natural part of musical evolution. I felt that the hidden worlds I found within Bach’s preludes did not need to be contained, they needed to be expressed. In 2020 during COVID-19 isolation, I set about transcribing my visions of how Bach resides in me while still remaining faithful to his original compositions. My focus and purpose was to explore an inner world of possibility and show how these pieces written 300 years ago contain especially relevant and moving dramatic music.

“Marco, why did you choose these particular preludes to reimagine?” is something I hear often.

Bach wrote the Well-Tempered Clavier as a way to try out his new system of “semi-equal temperament" of keyboard instruments. The term “Equal Temperament" refers to the space between tones in a scale being uniform, as opposed to tuning an instrument based on the natural series of overtones. Before this, you would need to retune an instrument if you wanted to play in a completely different key. Now, Bach was able to open up a whole new chromatic universe which would lead to modern music as we know it; having a foundation to be built upon.

Each of the Preludes written by Bach has a different tone to it depending on the key it is written. One of the side effects of “Equal Temperament,” however, is that colors get muted and in the psychological sense, they feel "non emotional" or "austere".  I responded to these “colors” and worked to enhance them and give them a new life.   Bach was a visionary because he managed to create music that embodied the human condition—everything from spiritual transcendence to utter despair through his mastery of counterpoint.  However, for many, it is hard to access this emotion because it is written in a language that is complex and unfamiliar. It can sometimes be like reading old English;  the process can be slow and laborious.

The goal of Bach By Beltrami is to zero in on ideas within the preludes and explore them in a language that is relevant and consumable for a modern audience. I chose pieces that I had formed close personal narratives with when I was younger and which I felt had the ideal harmonic, melodic and textural language to also resonate with regular people. I suppose my take on the preludes are the opposite of “Equal temperament”. “Uniquely manic” might be a better description. 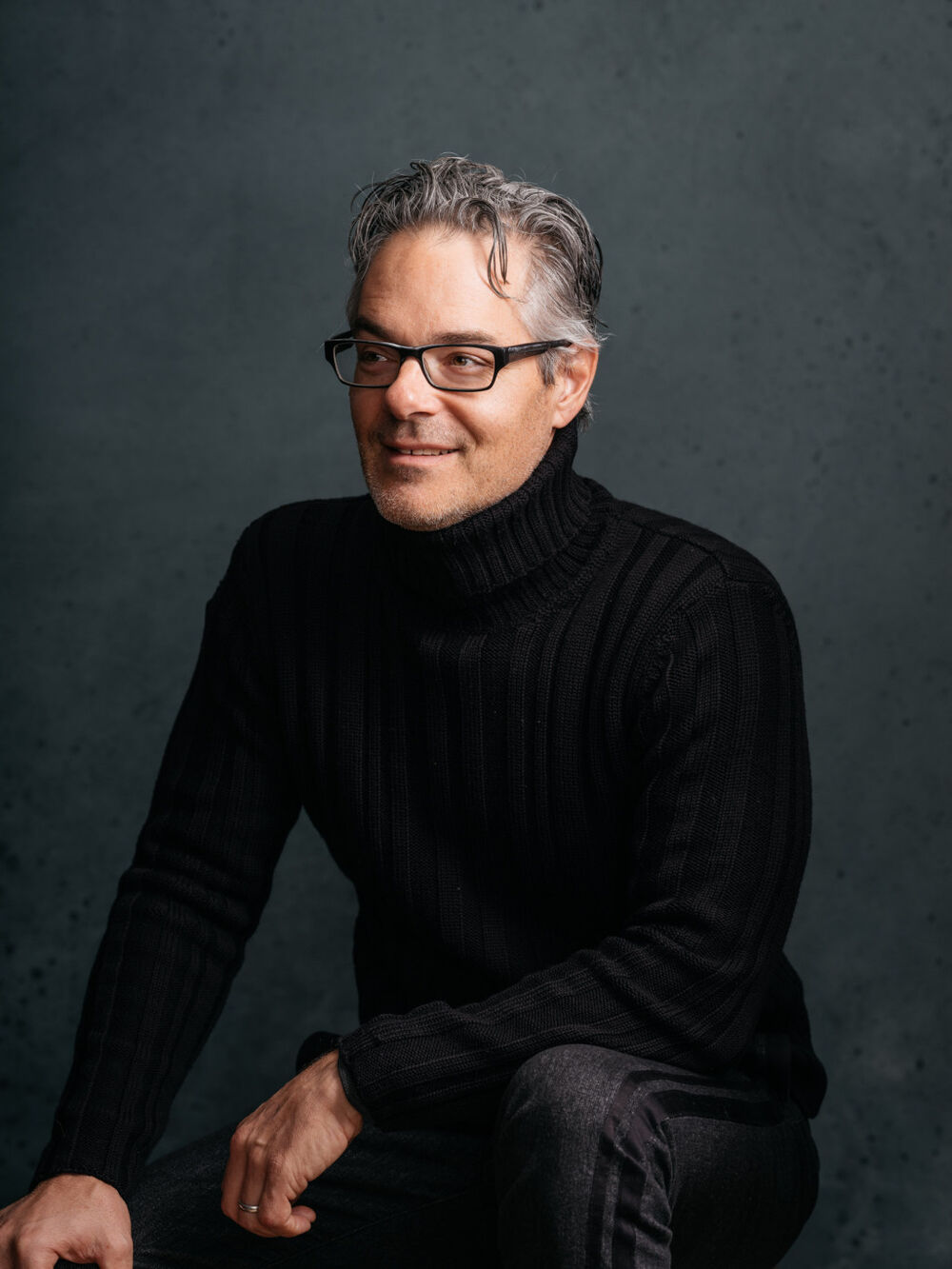 He has lent his voice to such unique hit films as Live Free or Die Hard, Terminator 3: Rise of the Machines, and I, Robot. His other scores include The Homesman directed by Tommy Lee Jones, the zombie comedy Warm Bodies directed by Jonathan Levine, the final installment of the Bruce Willis action series A Good Day To Die Hard, Snowpiercer starring Chris Evans and directed by Bong Joon-ho, the Brad Pitt action thriller World War Z, James Mangold’s The Wolverine, and The Night Before also directed by Jonathan Levine, starring Seth Rogan and Joseph Gordon Levitt.

Upon completing his undergraduate studies at Brown University, Beltrami entered the Yale School of Music on a scholarship. His pursuit of music composition then led him to Venice, Italy for a period of study with the Italian master Luigi Nono, and then to Los Angeles for a fellowship with Academy Award-winning composer Jerry Goldsmith. 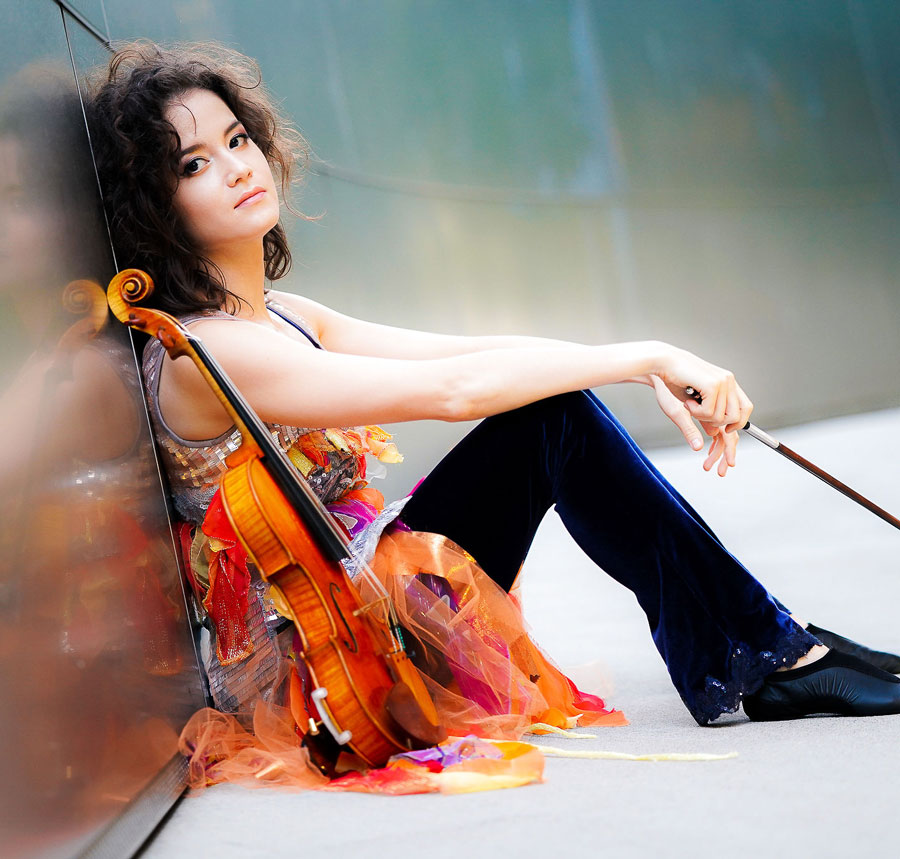 Declared “brilliant” by the Washington Post, violinist Sandy Cameron is one of the most strikingly unique artists of her generation. Since her debut at the age of 12 in Eindhoven, the Netherlands, Ms. Cameron has performed extensively as a soloist throughout the world. Here are some personal highlights of Sandy’s work:

On Stage: The most noteworthy, and a truly rewarding experience of Ms. Cameron’s career as a concert soloist is Danny Elfman's Violin Concerto, "Eleven Eleven". Mr. Elfman wrote this concerto for Ms. Cameron, and she had the great pleasure and honor of presenting the world premiere with conductor John Mauceri at the Prague Proms in June 2017. It was received with great success, and Ms. Cameron continues to enjoy performing the piece for audiences worldwide.  Other special stage appearances include performances for Cirque du Soleil, Tan Dun’s Martial Arts Trilogy, and Danny Elfman's Music from the Films of Tim Burton. Ms. Cameron is also featured in performances with renowned jazz trumpeter-composer Chris Botti, with whom she has toured globally. Additionally, Ms. Cameron has written and performed her own musical arrangements for a number of productions at the Hollywood Bowl, including Disney's The Nightmare Before Christmas Live in Concert, Disney's The Little Mermaid Live in Concert, Willy Wonka and the Chocolate Factory Live in Concert, and Disney’s Beauty and the Beast Live in Concert. Currently, Ms. Cameron is partnered with the illustrious composer, Marco Beltrami, in an exciting new project: Bach by Beltrami.

In the Studio: Versatile in her abilities as an artist, Ms. Cameron also enjoys musical engagements off the stage. In 2018, she recorded the Elfman Violin Concerto with Maestro Mauceri and the Royal Scottish National Orchestra, now available on Sony Classical. She is currently involved in an exciting new project with the illustrious composer, Marco Beltrami. Recently, she was featured as a soloist on John Powell’s score to The Call of the Wild and Bear McCreary’s score for The Professor and The Madman. Ms. Cameron can also be heard on soundtracks to Cirque Du Soleil’s IRIS, the video games Call of Duty: Vanguard and Assassin's Creed: Syndicate, the History Channel’s Houdini, and more.

The outstanding violin used by Ms. Cameron, crafted by Pietro Guarnerius of Venice, c. 1735, is on extended loan through the generous efforts of the Stradivari Society® of Chicago.